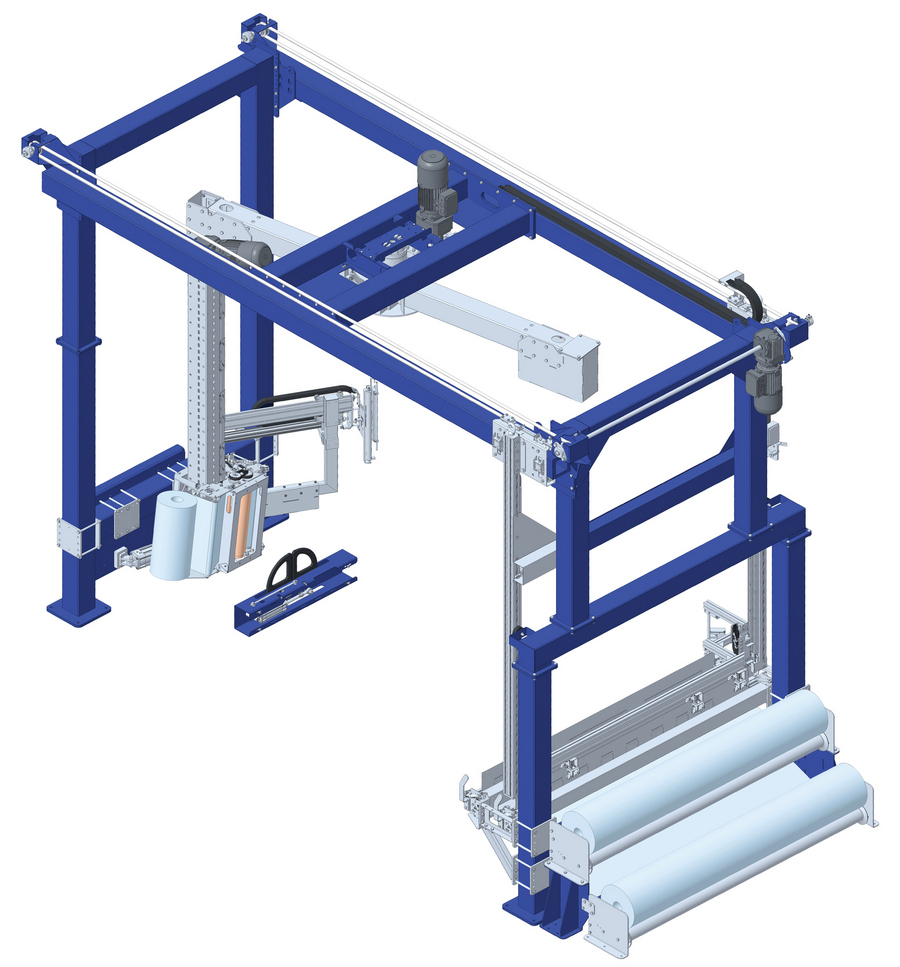 The rotating arm wrapping machine AV1800 Premium is designed for applications with high production rates and allows the wrapping of unstable or light loads.

The variable arm rotation (up to 32prm) and film-carrier traverse speeds driven by belts allow the amount of film overlap on the pack to be adjusted to suit the wrapping needs. The film-carrier incorporates a powered film pre-stretching unit up to 300% ratio. The results are a largely increased reliability and reduced maintenance as well as stable loads with minimal film consumption.

At the end of the cycle, the film is held in a gripper assembly. Then film is cutted and welded (with a hot pad) using a special arm device.